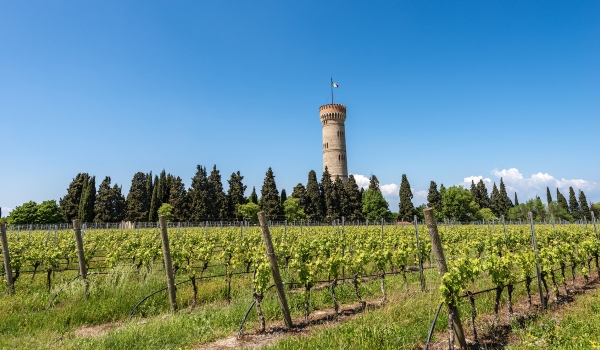 LONDON, October 15, 2019 With the average temperature already having risen 1.1C in the last 30 years in the Champagne region of France, the 5,000 producers of the world famous vintages fear for their future.

Earlier springs and heatwaves are affecting harvest times and, more importantly, the characteristics of the grapes for example, less acidity and more alcohol threaten the distinctive taste of the wine.

But realising that a 2C to 3C rise in temperature could cause catastrophic changes to the region, and that the famous wine could eventually disappear altogether, the vintners are breeding new vines and adapting growing methods to suit the new climate in a bid to preserve their industry.

We feel we are under very high pressure from climate change and are very concerned that we must adapt to preserve our industry, Thibaut Le Mailloux, director of communications for the growers of the champagne region, Comit Champagne, told Climate News Network.

At the same time, he said, realising the havoc that climate change will bring, the growers have become intensely environmentally aware, dramatically changing old habits to make their industry sustainable.

With the grape harvest now beginning at the end of August, 18 days earlier than the traditional picking time, the growers have been aware for some time that serious change was under way.

At first, the better weather, earlier springs and less frosts, together with warmer summers, helped producers, and there have been more vintage years. However, champagne is a cool wine region and, as the characteristics of the grapes began to change, it was clear that maintaining the quality of the wines could be a problem.

The growers began an intense 15-year vine-breeding programme. They planted thousands of seeds and, using modern technology as well as traditional plant breeding methods, are selecting new varieties that produce the right grapes but are also resistant to diseases so that pesticides are now longer needed.

They hope to produce five new Champagne varieties from the original 4,000 seeds.

In addition to new vines, the growers are changing the methods of tending their vines, growing them further apart and leaving more leaves on the plants to shade the grapes and so preserve the quality.

With strict rules in place banning irrigation of the limestone soils that give Champagne its character, the growers are relieved that the average rainfall in the region appears so far to be unaffected by climate change.

However, to make the most of the available moisture, new methods of growing grass between the rows of vines and ploughing between them are helping.

Apart from the efforts to save the vintages, the growers are working hard on their environmental impact, said Le Mailloux.

With a high-end product like this, consumers expect that you take care of the planet. Our members are more aware than most people of the impact of climate change because they feel it now. They are also, as growers, scientifically literate too, so they understand the problem and what needs to be done.

With a total of 16,000 growers in the Champagne region, the statistics of their achievements so far are impressive. They have set up what they call an industrial ecology programme.

They produce 120,000 tons of vine wood a year, of which 80% is ground up and returned to the soils with humus as natural fertiliser, and the rest is burned for energy to save fossil fuels.

So far, 90% of waste is sorted and recycled or used to create energy, and 100% of by-products such as industrial alcohol are used in cosmetics, healthcare and food sector.

A 7% reduction in bottle weight of champagne has an emissions reduction of 8,000 tonnes of carbon dioxide a year.

Le Mailloux said the industry is keenly aware that the largest part of its carbon footprint is in the packaging, shipping and delivery of its bottles all over the world.

Since delivery is not time-sensitive, the industry has already experimented with delivering champagne by sailing ship across the Atlantic. They hope eventually to use a combination of sail and electric boats.

The organisation already claims to have cut their carbon footprint by 20% per bottle, and aims to reduce it by more than 75% by 2050. They have already cut herbicide use by 50% and aim to stop altogether by 2025. All champagne growers should qualify for environmental certification by 2030 from 20% now.

Our industry is under threat and so is the whole planet, so we want to show that we are doing our best to keep the temperature from exceeding the 1.5C threshold, Le Mailloux said. Climate News Network

This post was previously published on climatenewsnetwork.net and is republished here under a Creative Commons license.

Talk to you soon.

If you believe in the work we are doing here at The Good Men Project and want to join our calls on a regular basis, please join us as a Premium Member, today.

All Premium Members get to view The Good Men Project with NO ADS.

Need more info? A complete list of benefits is here.

The post Vineyards Battle to Keep the Champagne Cool appeared first on The Good Men Project.