After all, the enigmatic proprietor of Casa Rex in São Paulo, Brazil, once created a book in the form of a dining set—the story told in text across napkins, placemats, and coasters, all silkscreened in-house—and once reimagined the Medieval bible for the modern consumerist era, complete with hand-glued bejeweled cover and detailed historiated initials comprised of guns, gas tanks, and cell phones.

The son of an engineer father and a mother who worked in public education, Piqueira majored in architecture at the Universidade de São Paulo. The school didn’t have a dedicated design program, and Piqueira had no idea what the discipline was—until he stumbled across it in a lab with photocomposition machines. Piqueira and friends began spending entire days there creating a magazine, and later, visual identities—“just as an excuse to avoid going to architectural structure foundation classes. And then we started to enter visual identity contests…and we started to win the contests.”

The crew opened a studio, which would eventually evolve into Piqueira’s current practice in 2010. At its largest, Casa Rex had a London office and employed around 60 people. They took on work for multinational companies. Major agencies sought to acquire them—but then Piqueira had a son, and he didn’t want him growing up and seeing his jobless father spending money without seeing the work that went into earning it. (“I thought it would be quite a very bad example.”)

So he dropped the multinational work and vowed to work only for local entities. He closed London and shrank his studio to eight. He says he doesn’t make the money he once did—“but I’m happy with the decision.”

One standout of what he does make: books and book covers—his unexpected, innovative approaches and lively color palettes making for some of the industry’s best output.

“I prefer sitting alone and thinking,” he says. “I prefer to be like a writer than a movie director coordinating many people. So among all the graphic design products, I think book covers suit me well. It’s a very personal thing.”

Asked about the key differences between South American and North American cover design, Piqueira doesn’t see them as cultural—but rather economic.

“It’s good as a principle, but has many bad things as collateral effects. So it’s a very complicated thing.”

Here, Piqueira walks us through five cover designs born of this fact and others. 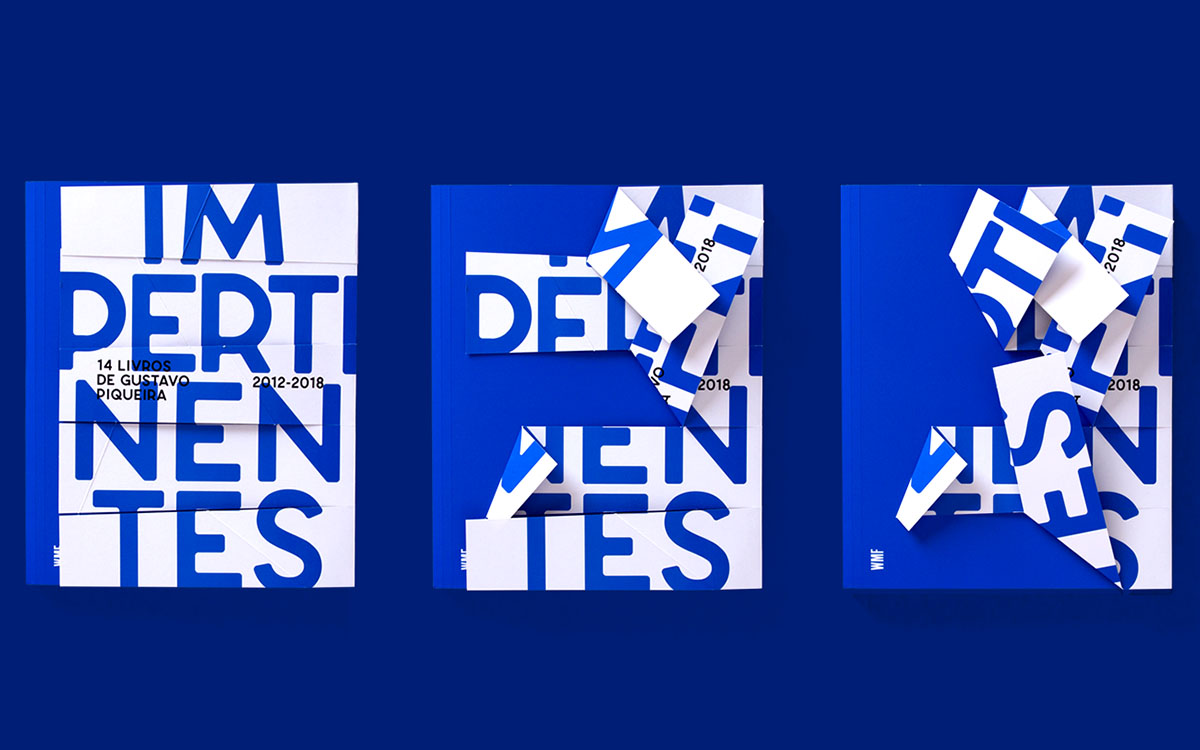