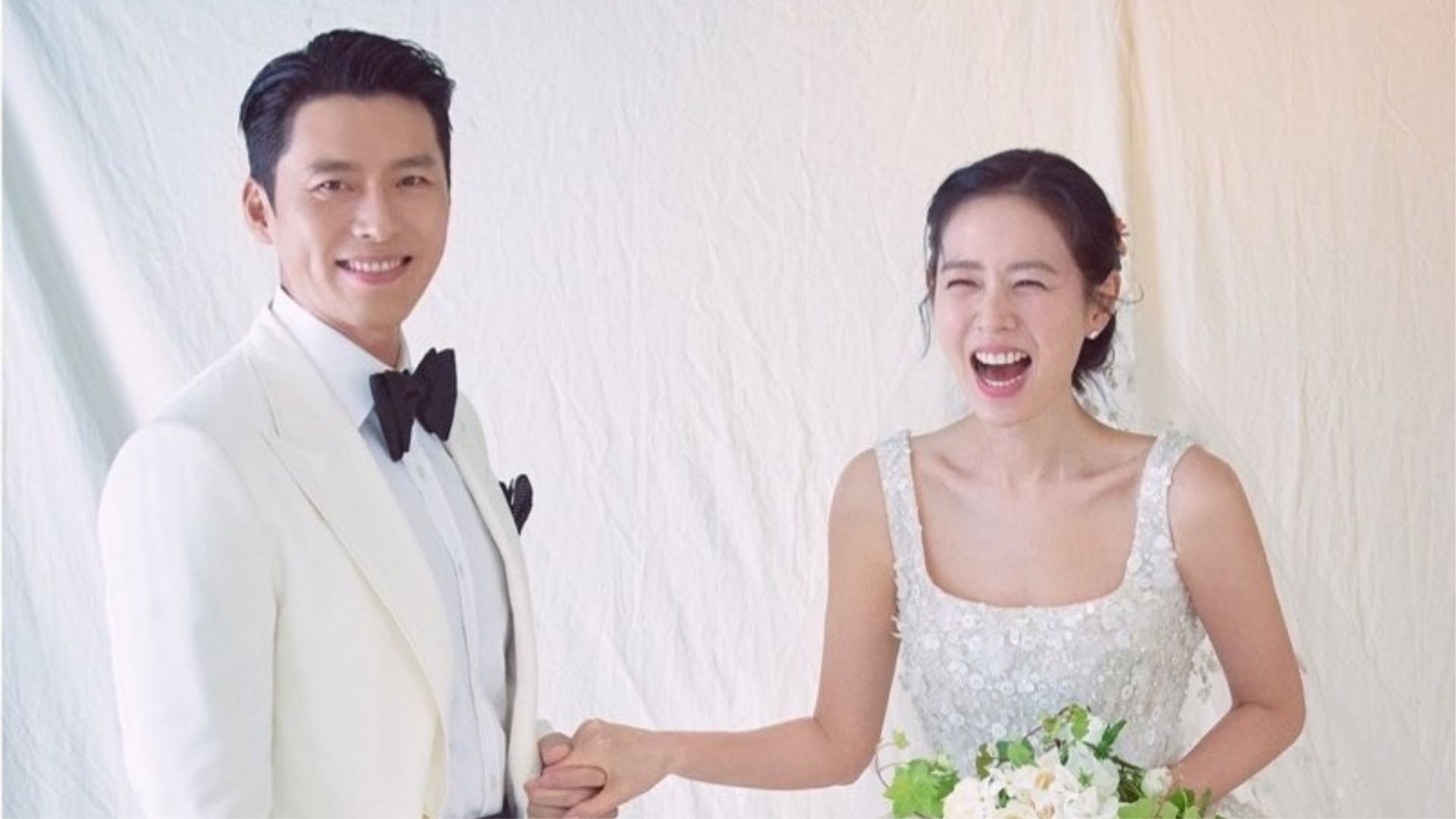 The ‘It couple’ of Korean TV has tied the knot. Hyun Bin and Son Ye-jin from the hit Korean drama Crash Landing on You got married on 31 March 2022 in a private ceremony.

Hyun Bin’s agency, Vast Entertainment, shared two photographs of the couple from their dreamy wedding and revealed about the ceremony in the caption, which was in Korean.

The translation of the caption read: “Hello. This is VAST Entertainment. Today, actor Hyun Bin and actor Son Ye-jin are getting married and taking the first step as a married couple. We apologize for the fact that this dinner will be held privately due to the corona situation and we will inform you through the wedding photos of the two.”

The agency also thanked the fans in the caption, “Thank you very much for your congratulations and warm support for the new beginning of the two. I will always do my best to repay the love that you have sent to actor Hyun Bin and his agency also send. Thank you.”

Son’s agency MSTeam in a statement added, “Actors Hyun Bin and Son Ye Jin along with their agencies will continue to put in full effort to give back for the love received.”

The images of the gorgeous couple showed them looking stunning in two attires. One of the photographs showed Hyun Bin in an ivory classic cut suit, which he teamed with a white crisp shirt and black leather shoes. Meanwhile, Son Ye-jin looked right out of a fairy tale in her one-shoulder wedding gown, which featured a sweetheart neckline and intricate lacework all over.

In the other image, Hyun Bin looked sharp in a tuxedo with black pants and a matching bow tie. He completed the ensemble with a white shirt and sported slick back hair. Son Ye-jin, on the other hand, looked ethereal in her strappy pearl white dress that was elegantly adorned with beautiful embroidery.

In February, Son Ye-jin took to her official Instagram account to reveal the news of her wedding. She shared a tiny wedding dress and told fans about her then-upcoming wedding.

The actor wrote a heartfelt note along with it, which read, “I thought long and hard about how to share this story because it’s an important one. I found someone to spend the rest of my life with. Yes… it’s him. Boy meets girl, recognizes each other in the crowd, promises to build a future together…I couldn’t imagine! (sic).”

The caption further said, “It happened so naturally… But, isn’t that destiny? Just being with him, I feel warm and protected. Please help us celebrate the beginning of our future. And to my dearest fans, I have received unconditional love and for a long time now, I thought, there’s no way to repay it. Please know that I’m infinitely grateful and I also wish you all happiness! (sic).”

The two first crossed paths on the set of the film Negotiation (2018). It was at that time that the rumours about them being a couple started doing the rounds. The following year, they starred in the series Crash Landing on You and made us fall in love with them.

In 2021, they made their relationship official right as the show ended.