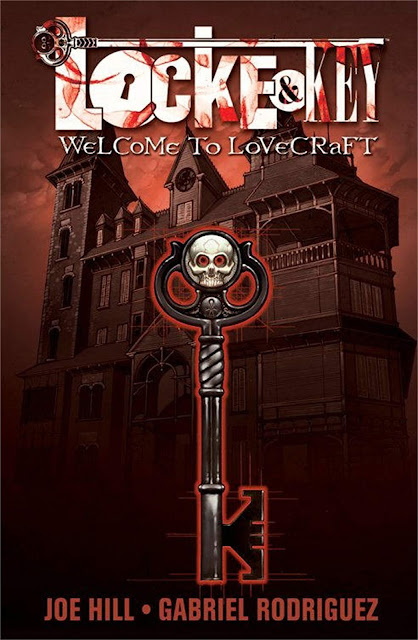 Another one I came a little late to, I completely missed the first few issues of Locke & Key when it first launched. Which is ridiculous as the writer was someone we'd known about before. Joe Hill. Probably bored of being called Stephen King's son, Joe Hill had a novel out in 2007 called Heart Shaped Box, and he came to our hometown to do a signing at the bookstore where Debs worked - I remember she created this display in the store of an old suit she'd bought from a charity shop, suspended from the ceiling. It was really creepy. Debs loved the book, and his other works, so it was surprising we completely missed the first few issues. 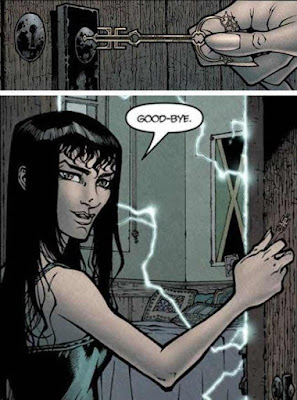 Those first issues sold out really quickly so we just waited until IDW produced a collection of the first storyline, Welcome to Lovecraft. We bought the cool hardcover, and were blown away by how cool it is. The storytelling is phenomenal, with some amazing art by Gabriel Rodriguez that has you looking over pages again and again to get every little detail.

It's so brilliantly drawn there's one bit that really stands out where the characters are looking for keys in Keyhouse and they pass one hidden on top of a clock (I think it is), then go back and find it... but you could see it in earlier panels, just a little detail that the eagle-eyed would spot.

Anyway, for those who don't know, Locke & Key is about a family (the Lockes) who move back into their old ancestral home (Keyhouse) after the father of the family is brutally murdered. While there, the three kids (Bode, Tyler, and Kinsey) discover the secrets of the house, of their family, and the various keys in the house that each have a unique power.

Unfortunately, Dodge, a mysterious stranger is released from their imprisonment and tries to gather all of the keys for their own evil doings and to finish what had been started a generation before. 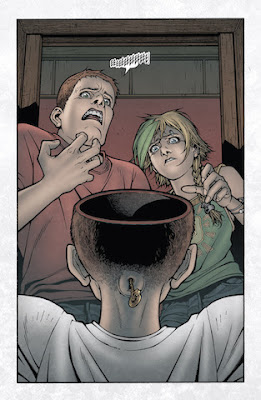 It's just brilliant. The characters are great, each with their own hang-ups and flaws, while Bode (the youngest) tackles each key discovery with dangerous joy. The moment when they discover the Head Key, one that literally opens your head so you can remove aspects of your personality, or revisit memories, and Bode is just stood there with his head open thinking it's the coolest thing ever... Amazing.

As the past is revealed and you discover what happened with their father and his group of friends, it just adds a sense of horrible foreboding that it'll all happen again. And the final volume was so tense, it was a really sweaty-palm read.

So tense it was, just the memory of what happens made the final couple of episodes of Netflix's adaptation of Locke & Key even more scary. You knew how bad it was in the comic and kinda couldn't believe they were going to do it on TV...

The main storyline of Locke & Key finished in 2013, and there are some lovely hardcover collections out there that are a must have for anyone who likes spooky, cool and incredibly imaginative comics. And if you watched the Netflix series and enjoyed it, seriously read the comics.

There have been some short stories published since that tell various tales of Keyhouse in the years before the Locke kids show up, and the most recent one hints at a new continuation. Joe Hill and Gabriel Rodriguez are working on a new storyline, which leads into a cross-over with the universe of Sandman (another of my favourite comics), joining Lucifer's Key to Hell into the Keyhouse mythology. 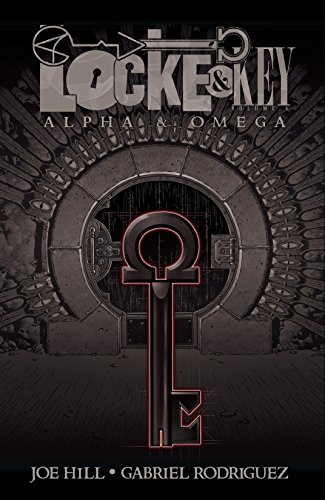 Must admit, I do think it would make an excellent tabletop roleplaying game... (hint hint)