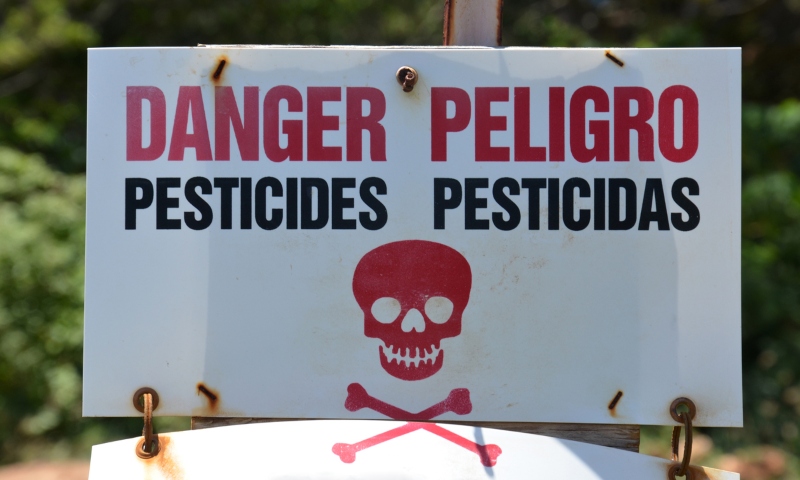 There’s new research on the impact of pesticide pollution when it comes to agriculture, public health risks and biodiversity loss, but there’s also renewed attention for one pesticide that’s been under scrutiny for decades.

Public Eye, the investigative NGO based in Switzerland, calls paraquat the world’s deadliest weedkiller. Ingesting as little as 10 milliliters of the chemical can prove fatal and there is no known antidote.

“No one knows the total number of people who have died from swallowing this chemical since the British company Imperial Chemical Industries (ICI) first put Gramoxone on the market in 1962,” said Public Eye in late March, as part of the detailed “Paraquat Papers” investigation with partners Unearthed, The Intercept and the French media outlet Le Monde.

“But according to one leading global authority on pesticide poisoning, University of Edinburgh professor of clinical toxicology Michael Eddleston, the figure must be at least in the tens of thousands.” More than 50 countries have banned the use of paraquat in the decades since it first became available, but it remains on the market for agricultural use.

What the new investigation brings to light is the claim by former ICI scientist Jon Heylings that the company knew about the severity of paraquat toxicity and sought to reformulate the product with an emetic ingredient to induce vomiting if swallowed, but it did not heed his warnings that the amount of PP796 added to the mix wasn’t nearly enough to offer any meaningful protections.

“I have evidence here of wrongdoing and I’m determined to see this through,” Heylings told Public Eye.

Heylings, of Keele University in the UK, says he first warned ICI – now a subsidiary of ChemChina known as the Swiss-based Syngenta – in 1990 after finding an internal report about the paraquat problem from 1976. He had been hired as a toxicologist specifically to address paraquat product safety and worked at ICI for years.

But “safety” never really happened, according to this latest joint investigation based on hundreds of documents and legal filings. Neither are the lawsuits old news in the United States, where new cases are cropping up over a link between Parkinson’s disease and paraquat exposure that scientists have documented since 1985.

Paul Rakoczy, a farmworker who says he was exposed to paraquat between 2013 and 2017, was diagnosed with Parkinson’s in late 2015. He filed his case against Syngenta and co-defendant Chevron just two weeks ago. Michael Kearns, who worked as a cropduster when he was exposed, filed his case in December 2020 after a Parkinson’s diagnosis the previous year; his is one of a number of cases in the U.S. state of Illinois, including new filings in February and March and a separate class-action suit filed in 2018 that’s set to go to trial soon.

Syngenta and Chevron have responded to Public Eye and their partners, with Syngenta insisting that Heylings’ concerns were heard and addressed but the company simply does not agree with the outdated science on which he based his claims about paraquat toxicity and the appropriate levels of the PP796 additive.

“Syngenta has led the continuous improvement of paraquat in the five decades since its invention. We have always followed the best available scientific and medical opinions,” the company said. “Product safety is extremely important to us.”

To view the complete investigative report by Sharon Lerner at The Intercept, check here.

The post One Sip Can Kill appeared first on The Good Men Project.

The Super Mario Bros. Movie Trailer Breakdown: Give Me Rainbow (Fury) Road Or Give Me Game Over
November 29, 2022

8 Critical Causes to Donate to This Holiday Season
November 28, 2022