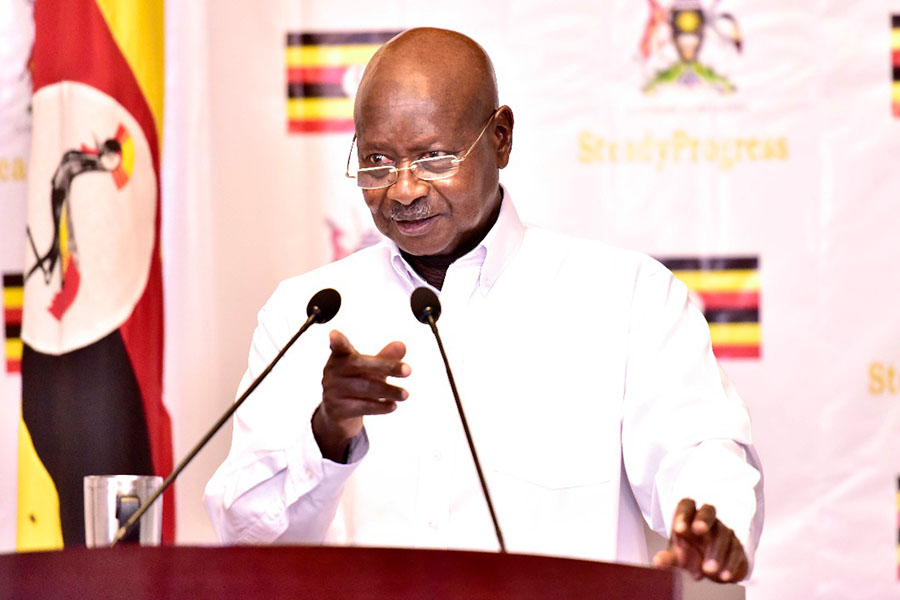 President Museveni has directed that all factories should install digital tax stamps with immediate effect the Nile Post has learnt.

Since they came into effect on November one, manufacturers have met stiff resistance in different forums including courts, the implementation of the digital tax stamps.

However, in a November 18 letter to the Finance Minister Matia Kashaija, Museveni wonders why the manufacturers are afraid of installing the digital tax stamps yet they are for a good cause of eliminating fraud

I, therefore, direct that all factories in Uganda must give access to the company (SICPA) to install the cameras at our cost(government), Museveni said in the letter.

The project is to be handled by SICPA, a Swiss company founded in 1927 that describes itself as a government provider of banknote security inks, secured identification, traceability and authentication solutions.
The company also offers solutions and services to governments and industry such as healthcare, ensuring product authentication, traceability and protection, as well as tax reconciliation on a worldwide basis.

According to Musevenis letter, the URA Commissioner General, Doris Akol should discuss with the Swiss company, their offer of adding software to their systems so as to be able to monitor other taxes like income tax that are not covered by their present arrangement.

URA should not waste money buying more equipment. Bu copy of this letter, I am directing the Ministry of Agriculture and UNBS to discuss with SICPA what that company can help them with to digitally monitor quality, prices and location of the respective items,Museveni adds in his letter.

The President, however, wants his PPS Molly Kamukama to organize a meeting involving the Prime Minister, the Finance Ministry, the Agriculture Ministry, Health Ministry and UNBS to discuss this one stop centre for monitoring and quality control.

The Presidents letter to the Finance Ministry is the last blow to the manufacturers efforts to resist the implementation of the digital tax stamps through different avenues.

The Alcohol Association of Uganda, Nile Breweries and 38 other manufacturers had filed an application before the court seeking to have the implementation of the digital tax stamps halted until the main suit in which they challenge the stamps is disposed of but they were dealt a big blow when the civil division of the High Court in Kampala threw out their application.

For a temporary injunction to be granted, court should have evidence that the applicant would suffer an irreparable injury which damages would not be capable of atoning if the temporary injunction is denied and status quo not maintained. There should be proof that the balance of convenience is in the favour of the application,Ssekaana said last month.

Since November 1, Ugandan Revenue Authority implemented the digital stamp system where machines are installed at factories to help the tax body tell in real-time the production capacity to estimate tax revenue collection but the move has met stiff resistance from manufacturers.

The stamps, placed on top of the product are applied from an in-house computer whose servers are accessible to both URA and the manufacturers.

URA is aiming at closing a four trillion shillings gap that is lost in under-declarations.

Uganda is the third country after Kenya and Tanzania to implement digital tax stamps.

Here’s what Colorado wants for Christmas, from Casa Bonita to cannabis hospitality
December 05, 2022

ATTN Astrology Girls: These Are the Best Gifts for Each Zodiac Sign
December 04, 2022