There’s a lot to love about the action and intensity of Formula 1 racing beyond the insane speeds of the cars and the larger-than-life personalities who pilot them. Most relevant for us mere mortals who watch on is that so much of the technology F1 experts devise makes its way into the road cars we use every day.

Safety, engine performance, aerodynamics, and weight-to-power ratios are obvious improvements. But there’s also some fun stuff on board that can bring out the Lewis Hamilton in us.

During a recent Mercedes-Benz drive experience at Sandown Raceway in Melbourne, I had the chance to cycle through the brand’s latest AMG vehicles and quickly became infatuated with a system called Mercedes-AMG Track Pace.

The system logs a driver’s on-track performance data wherever they happen to be doing quick laps. Lamborghini has offered such a system since 2016, and BMW has just introduced its version in the new M3 and M4.

If you’re interested in tracking your abilities on closed-off race tracks, here’s a breakdown of what this clever technology can do. 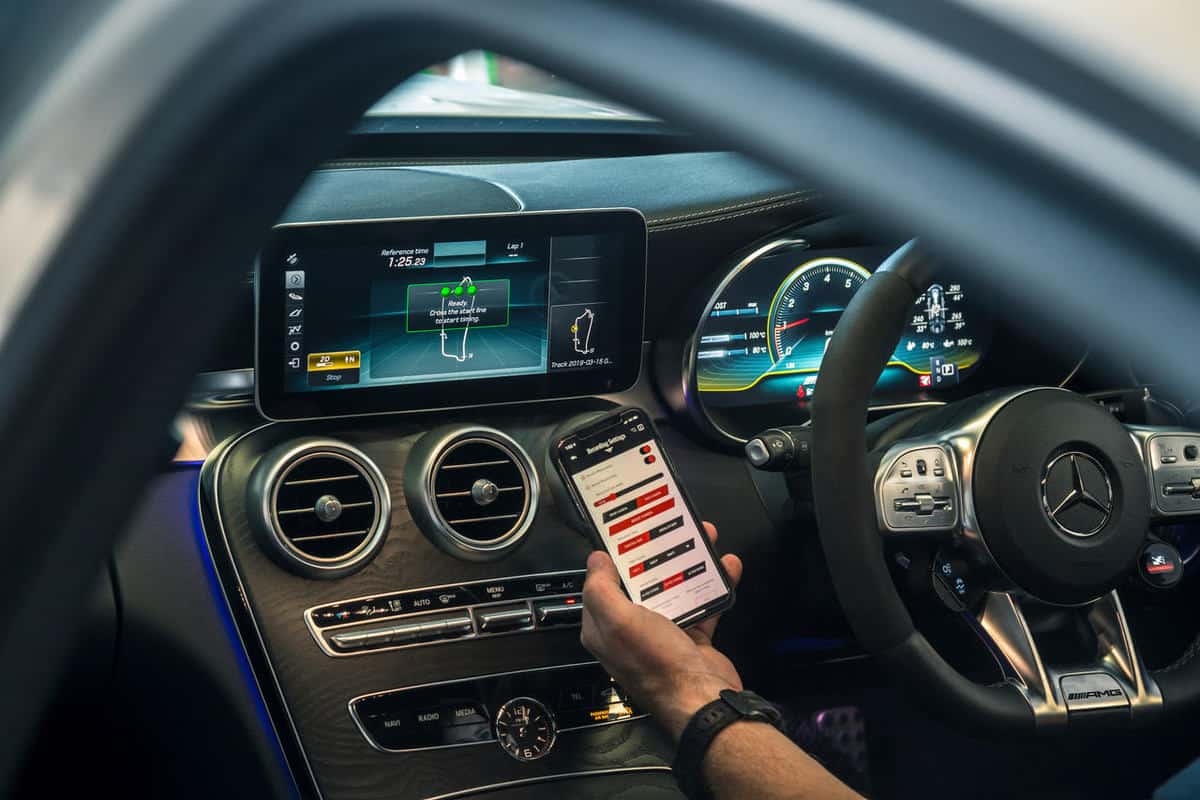 Think of the AMG Track Pace as a virtual race engineer, recording 80 vehicle-specific sets of data such as speed, acceleration, and braking 10 timers per second. Lap and sector times are recorded, with acceleration and deceleration values measured and saved.

As a Mercedes-Benz spokesman says, “It’s a very capable bit of kit for those interested in performance data.”

The system allows drivers to compare data from lap to lap, analyzing driving skills to see where there’s room for improvement. Even the weather on the day is included in the mix.

Mercedes-AMG vehicles already have quite a few legendary race tracks loaded into the Infotainment system and Track Pace adds another 60 pre-recorded circuits.

Melbourne’s Sandown Raceway, where we tested the system, didn’t make the list. Not that that mattered because you only have to circumnavigate the track once to record it on the system permanently.

Track Pace provides innumerable metrics that can be sliced and diced to work out how to shave time off future laps. Going faster seems to be the most obvious strategy, and Track Pace helps with this by displaying green and red lines depicting whether you’re going faster or slower on any given section of track and overall.

All the important information is available in the heads-up display, the infotainment display, and the instrument cluster. Performance feedback can also be delivered acoustically or via changes in the ambient light to avoid distraction.

Everything happens pretty quickly and can be a lot to take in for those new to the game. This is why it’s so useful that every detail can be downloaded onto a dedicated app for later dissection.

Mercedes-Benz says there are future plans to put a virtual instructor in the Track Pace mix which will display the ideal race line of a stored track. But that would be like cheating, wouldn’t it?

Conceived to deliver a race car-inspired distillation of BMW Motorsport, the BMW M Drive Professional makes its debut in the new BMW M3 Sedan and BMW M4 Coupé. BMW says its aim with the system was to give drivers a customizable performance interface to enhance their driving experience.

Well, they’ve delivered on that with a standout feature called “M Drift Analyser.” As the name suggests, it records and rates driving statistics gathered in dynamic cornering maneuvers like power slides.

The system records and analyzes single drifts, displaying drift duration, distance, and angle. All oversteers and understeers are detected, and drifted distance versus driftable distance is compared.

The driver’s performance is displayed graphically, with each effort earning a rating between one to five stars depending on how well he’s mastered steering on the throttle. Track names are recorded and the best drift is permanently displayed.

M Drive Professional also includes an “M Laptimer” which, like the other systems, records lap times and other information generated during track sessions. It even allows for traction control to be fine-tuned to suit a driver’s preferences, adjustable through 10 stages via a new wheel slip limitation function. 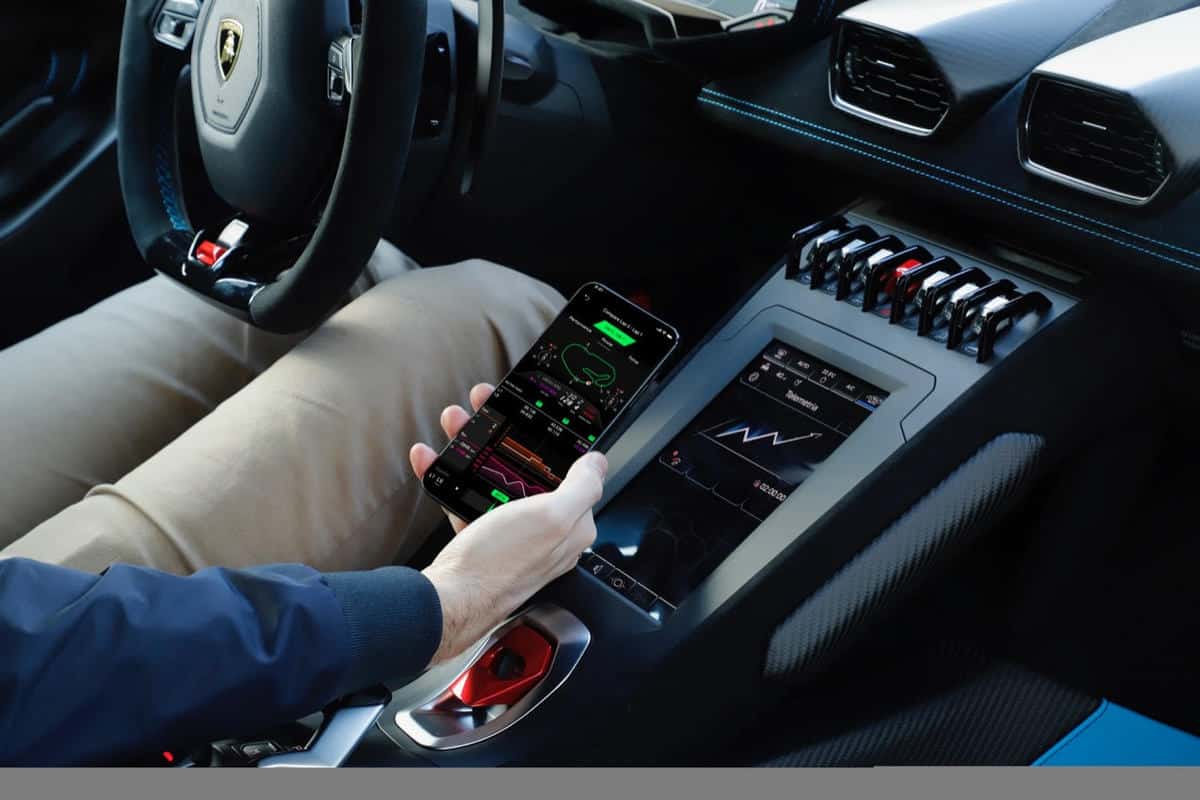 Lamborghini’s Telemetry system has been around for a few years now as a portable plug-in “Track and Play” device which could GPS locate a track, record lap times, and measure brake pressure and G-force as part of its data collection. Perhaps because Lamborghini is such a track-focused car, it’s been a pretty popular option among buyers – at Lamborghini Melbourne at least – where about half of its customers have opted to include it, a spokesman says.

The all-new Huracán STO, which I wrote about recently, takes the system up a notch by integrating it into the Lamborghini Infotainment System.

The so-called Lamborghini Connected Telemetry (LCT) system basically brings a virtual race engineer into the driver’s line of sight, enabling him to review his performance before, during, and after a track session.

The new advanced LCT system includes three Telemetry views in both the instrument cluster and central display, showing vital details in real-time so the driver can switch up performance while keeping his eyes on the track.

It’s similar to what Mercedes-AMG and BMW have done, except for one standout feature. While in use, the Lamborghini system has cameras that record video of the action ahead and of the driver which can later be downloaded via a dedicated Lamborghini App so he can relive the track experience on a smartphone.

But it doesn’t come cheaply. The LCT option adds another $7,500 USD to the bottom line.

See more about - 5 things we love about BMW's Z4 Roadster

The post Best Track-ready Features to Help Reduce Your Lap Times appeared first on Next Luxury.