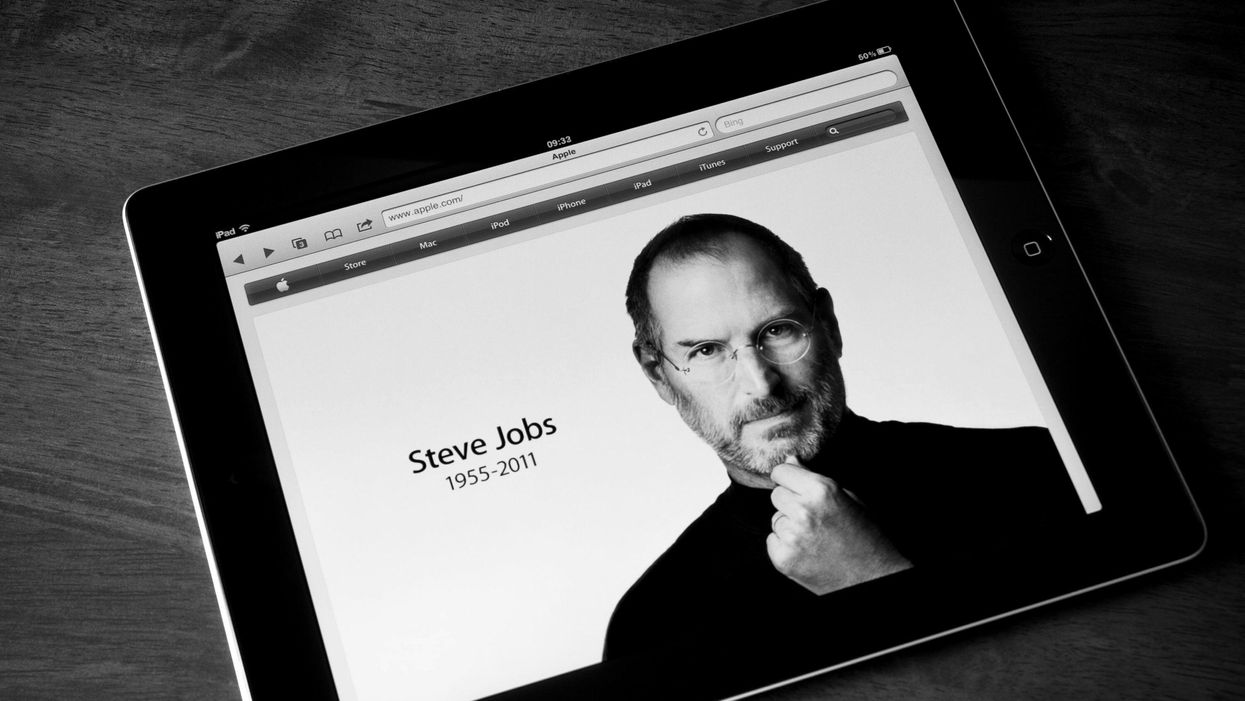 This month marks the 10th anniversary of the passing of Steve Jobs, a tireless tech visionary, an extraordinary innovator, and the cofounder of Apple. When he died on 5 October 2011 at age 56, he left a lasting legacy.

Jobs's innovations made a profound impact. He redefined computing, enhancing the user experience, and created products and services loved by millions around the world. He reshaped the music industry with the iPod, the mobile phone industry with the iPhone, and the movie industry with Pixar Animation Studios. He also transformed the publishing industry with iBooks and media subscription services.

Jobs also redefined what a high-tech corporate campus should look like, according to a 2011 IEEE Spectrum article. One of the final products he pitched was Apple Park, the company's corporate campus in Cupertino, Calif. Jobs designed it to be a curved structure without a straight piece of glass. Construction on the four-story building, nicknamed the spaceship, was completed in 2017. It now can house 12,000 employees.

Jobs had amazing vision. He foresaw what the future of technology could—and should—be. And, crucially, he brought that vision to fruition.

In his tribute to Jobs, former U.S. President Barack Obama described him as "brave enough to think differently, bold enough to believe he could change the world, and talented enough to do it. He made the information revolution not only accessible but intuitive and fun."

Jobs was not an engineer, an IT professional, or even a college graduate. Still, he was able to make lasting contributions to the technology and business worlds.

Engineers, IT professionals, and business executives can learn valuable lessons by studying his career. Here are 10 that I've identified—strategies that can help a wide range of professionals excel.

Think differently and work persistently. Jobs encouraged others to think differently and creatively in conceiving new products and solving problems. He said, "When you first start off trying to solve a problem, the first solutions you come up with are very complex, and most people stop there. But if you keep going and live with the problem and peel more layers of the onion off, you can oftentimes arrive at some very elegant and simple solutions. Most people just don't put in the time or energy to get there."

Anticipate and create the need. Jobs had an uncanny ability to foresee and define trends in computers and consumer electronics. "A lot of times, people don't know what they want until you show it to them," he said. "We shouldn't overly rely on focus groups. Sometimes the most innovative of products contradict what the end users envision." He showed people what they need, not just what they asked for.

Jobs could anticipate what we wanted before we even knew we wanted it, creating a market for a product where none had previously existed. And he led the creation and marketing of irresistible products including the iPod, iPhone, and iPad, which spurred several companies to follow suit with similar products and marketing strategies. 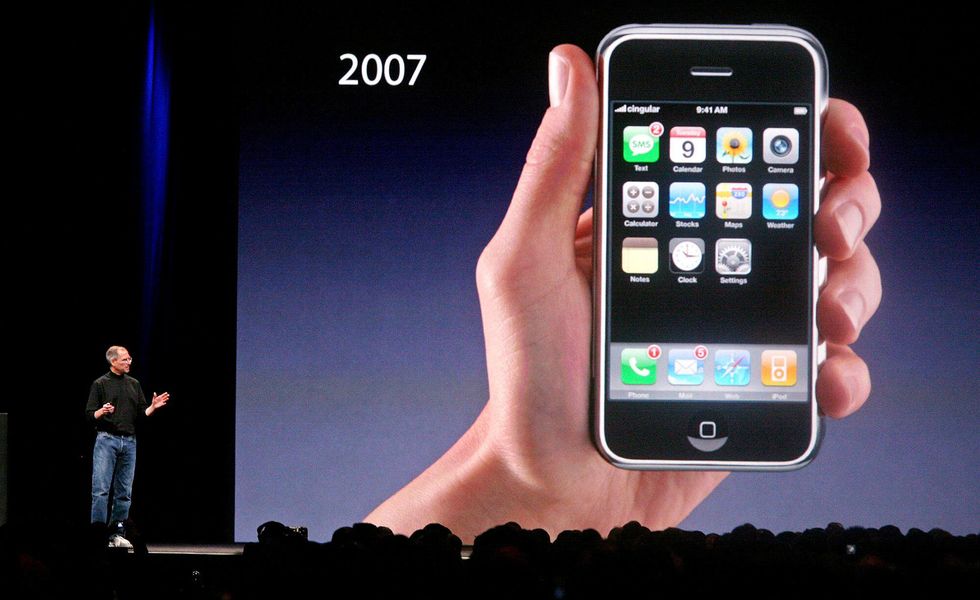 Create a vision and innovate. By staying focused on new ideas that no other company was working on, Jobs was able to create a vision, develop novel products within that vision, and then do it again and again. On its 25 October 2005 cover, Time magazine hailed Jobs as "the man who always seems to know what's next." His legacy extends beyond the technology and computing worlds into other businesses.

Focus on design. Good design is the hallmark of most Apple products. The company's design process honors and addresses users' needs—both expressed and perceived. Jobs showed that being the first to launch a new product is less important than being the first to launch a product that embraces good design and is of value to its users. The iPod, for example, came four years after the first MP3 players on the market, but it quickly surpassed them when it debuted. The iPod was the first user-friendly and innovative means of accessing music on the go. Its physical design, the minimalist layout, the screen with playlists, and the easy-access buttons made it successful, and the iTunes store made it easier for people to discover and buy music and organize it into personal playlists.

Engineer software and hardware together. Most tech companies specialized in either hardware or software, but Jobs pursued both. Apple built systems encompassing hardware and software, closely aligning the device and its operating environment to optimize system performance. Apple built a mobile phone running its operating system and created a store where users could download a wide variety of apps and games that run on it, thus embracing vertical integration. Jobs led Apple in building technological systems, not simply products, and that distinct strategy made Apple Apple.

Get your priorities straight. Jobs excelled at choosing the right project at the right time and deciding its features. It's a skill that many professionals lack. Saying "No" matters. It's only by saying "No" that you can concentrate on the things that are really important. On making choices, Jobs said, "I'm as proud of what we don't do as I am of what we do."

Embrace multidisciplinary perspectives. Apple's tech products' success and popularity are attributed, in part, to their artistic and humanistic flavor. With their sleek looks and intuitive features, they embed aspects of the arts and humanities. As Jobs had emphasized, "Technology alone is not enough. It is technology married with the liberal arts, married with the humanities, that yields the results that make our hearts sing." He provided in his products a compelling user experience in ways not previously envisioned. Start with the customer experience and work back toward technology, he advised.

Pay attention to details and strive for perfection. To get things right, Jobs paid attention to every detail—and from multiple angles. He achieved the best products, best design, best quality, and best delivery. Attention to detail is the ability to achieve thoroughness and accuracy when accomplishing a task. Being detail-oriented is essential to delivering quality work and reducing errors. Jobs's genuine passion for detail is what made his company's products stand out.

Keep improving. Users want to be delighted with new offerings that further enhance their product experience. Apple constantly developed follow-up versions designed to improve the user experience while introducing new products. Developers and business executives should always be considering potential improvements to their products and services.

Master your communication. You might have a novel idea, but if you can't get people excited about it, you can't sell it and move your idea forward. You need to tell a compelling story or make a convincing, realistic case. Jobs was a captivating communicator and a great corporate storyteller.

His Macworld keynotes—known as Stevenotes—were fascinating. He showed upfront the benefits, features, and end-user experiences his products and services offered—not just boring specifications. To make a persuasive presentation, he would deliver a story or a statement that excited the audience; pose a problem or a question that had to be solved or answered; offer a solution to the problem he raised; describe benefits for adopting the course of action he proposed; and state a call to action ("Now go out and buy").

People have criticized Jobs's personal traits. But, as G. Pascal Zachary wrote in a 2011 IEEE Spectrum article, "Despite his infamous bad temper, his impatience, and his penchant for tantrums, Jobs was the ultimate human-centered technologist—even while he was the ultimate digital autocrat."

To learn more about Jobs's strategy, passion, and leadership, view this slideshow and listen to his inspiring 2005 commencement address at Stanford University. He told three stories about connecting the dots, love and loss, and death.

As Tim Cook, the current CEO of Apple, wrote to his staff recently, Jobs "challenged us to see the world not for what it was but for what it could be. [He] was a singular figure, but he taught us all how to soar."

Adopting Jobs's lessons in our work can help us create a lasting legacy that we and others can be proud of.

How Steve Jobs Changed the World

Steve Jobs and the Apple Story

"Your time is limited, so don't waste it living someone else's life. Don't be trapped by dogma—which is living with the results of other people's thinking. Don't let the noise of others' opinions drown out your own inner voice. And, most important, have the courage to follow your heart and intuition."