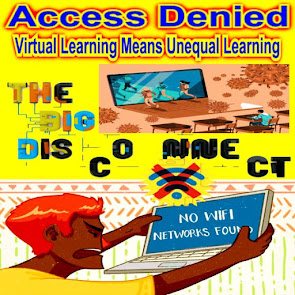 Maria Viego and Cooper Glynn were thriving at their elementary schools. Maria, 10, adored the special certificates she earned volunteering to read to second-graders. Cooper, 9, loved being with his friends and how his teacher incorporated the video game Minecraft into lessons.
But when their campuses shut down amid the COVID-19 pandemic, their experiences diverged dramatically.
Maria is a student in the Coachella Valley Unified School District, where 90% of the children are from low-income families. She didn’t have a computer, so she and her mother tried using a cellphone to access her online class, but the connection kept dropping, and they gave up after a week. She did worksheets until June, when she at last received a computer, but struggled to understand the work. Now, as school starts again online, she has told her mother she’s frustrated and worried.
“She says she feels like she’s going to stay behind,” said her mother, Felicia Gonzalez, who has been battling COVID-19.
Cooper, who attends school in the Las Virgenes Unified School District, where just 12% of students are from low-income families, had a district-issued computer and good internet access at home. His school shut down on a Friday, and by the following Wednesday it was up and running virtually. There were agendas and assignments online and Google hangouts with teachers, said his mother, Megan Glynn. While Cooper would prefer to be back on campus, Glynn believes that he and his siblings will be fine academically even with school continuing online.
“I feel fully confident in the education they’ll receive,” she said.
The contrasting realities of these two students reflect the educational inequities that children have experienced since schools closed — and that many will continue to face in the fall as distance learning resumes for 97% of the state’s public school students.
A Los Angeles Times survey of 45 Southern California school districts found profound differences in distance learning among children attending school districts in high-poverty communities, like Maria’s in Coachella Valley, and those in more affluent ones, like Cooper’s in Las Virgenes, which serves Calabasas and nearby areas.
These inequities threaten to exacerbate wide and persistent disparities in public education that shortchange students of color and those from low-income families, resulting in potentially lasting harm to a generation of children.
“The longer this goes on, the longer the pendulum swings to where this could be a generation that’s really left behind,” said Beth Tarasawa, who studies educational equity issues at the not-for-profit educational research group NWEA.CONTINUE READING: How online learning fails low-income students amid COVID-19 - Los Angeles Times