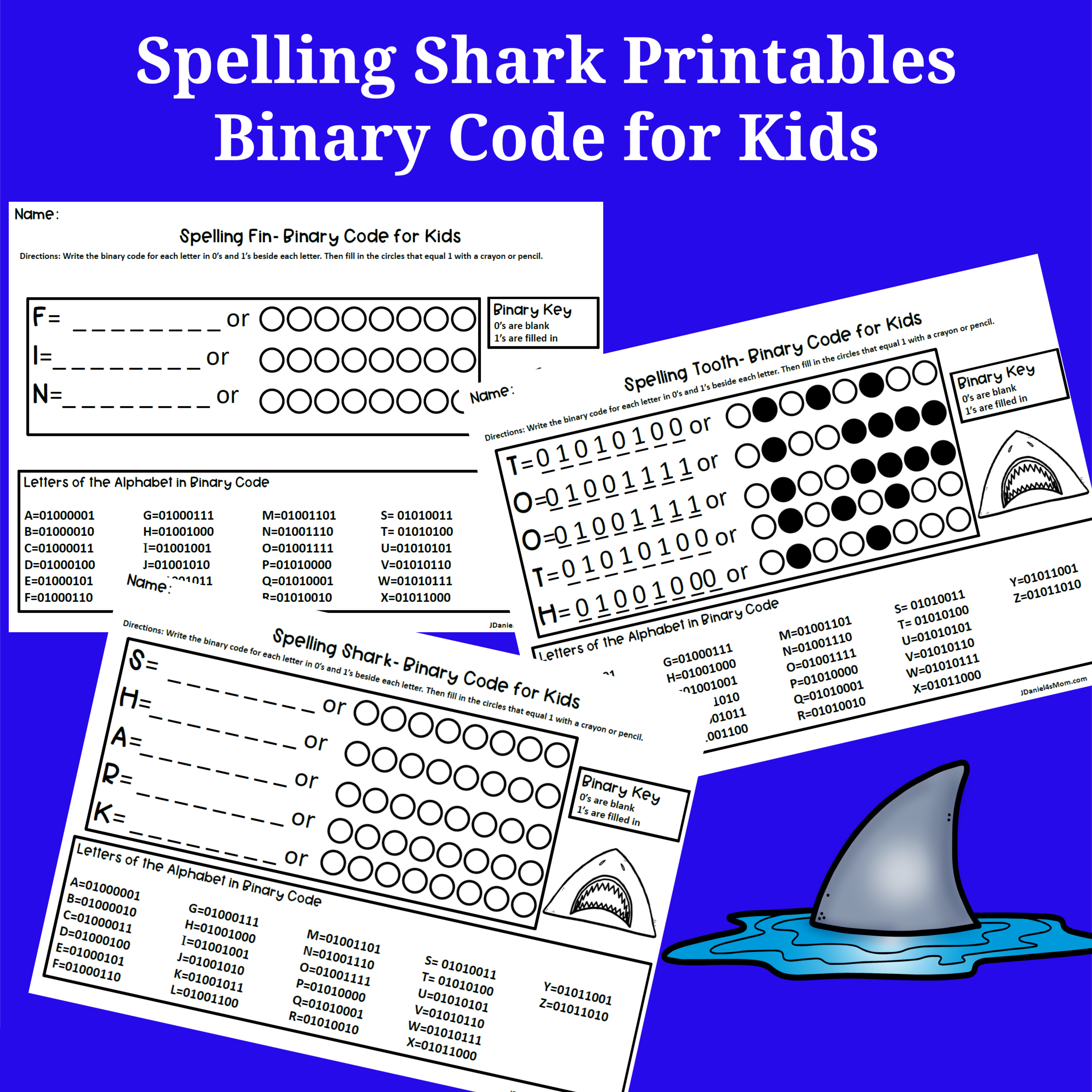 What is a Binary Code?

It is the code used by a computer to understand letters, numbers, symbols, and commands. The code uses groups of 8 numbers to represent each letter, number, symbol, and command you type in on a keyboard.  The only numbers that the computer can use to create the code are 0’s and 1’s.

Binary code can be confusing. Therefore, you may want to visit Teach Kids Binary in One Simple Stepto to get more information on how to teach it to your kids.

Getting the Shark Printables 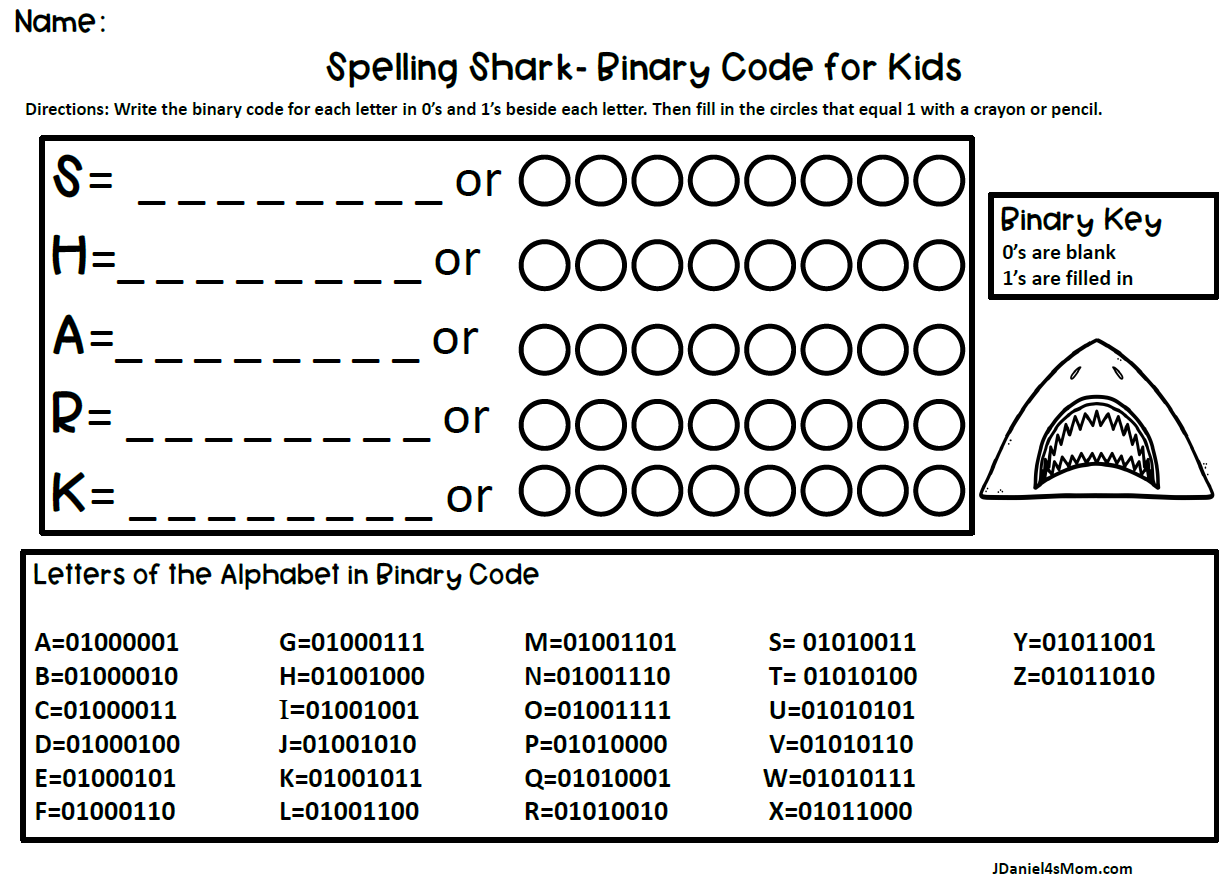 First, you will need to download Binary Code for Kids – Spelling Shark Words.

Second, you will need to open the worksheet set in Acrobat Reader. If you don’t have Acrobat Reader, you can use whatever PDF reader you have on your computer.

Third, you will need to print out one worksheet for each of your children. You will notice that the set includes answer keys.

Exploring Coding Before Starting the Activity

Below you will find some wonderful books that talk about coding for kids.

First, you will want your children to search the binary alphabet chart at the bottom of the worksheet to find the numeric code for each letter. (You may want to let them know that the codes they are working with represent capital letters. Lowercase letters have a slightly different binary code.) 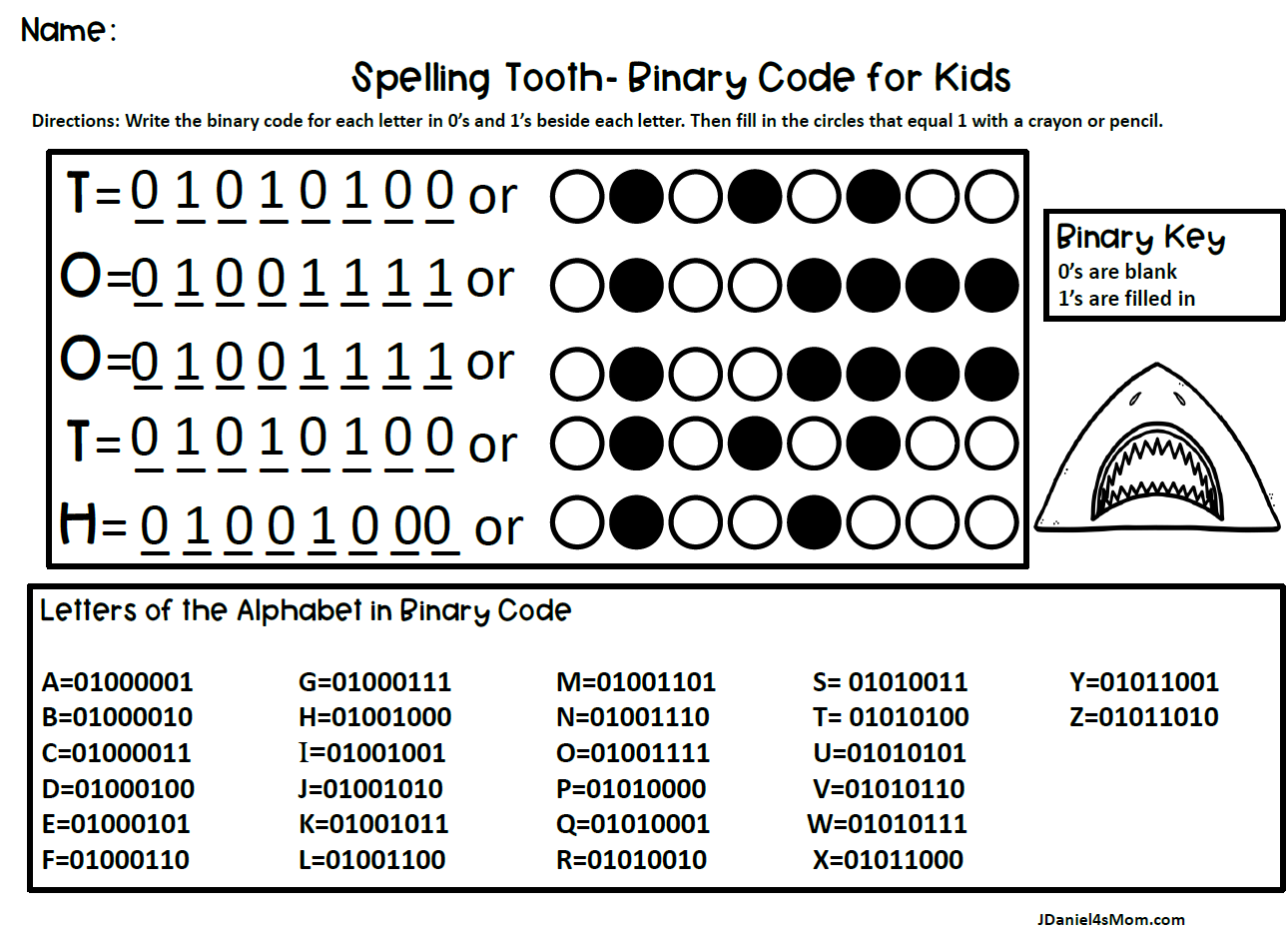 After that, you will want them to double-check that they have filled the correct circles. It is easy to mix up which circles need to be filled in and which don’t. It is for that reason I suggested your children will them in with a pencil.

Why Fill in Eight Circles?

If you like this binary code activity, here are some more coding activities you will love. 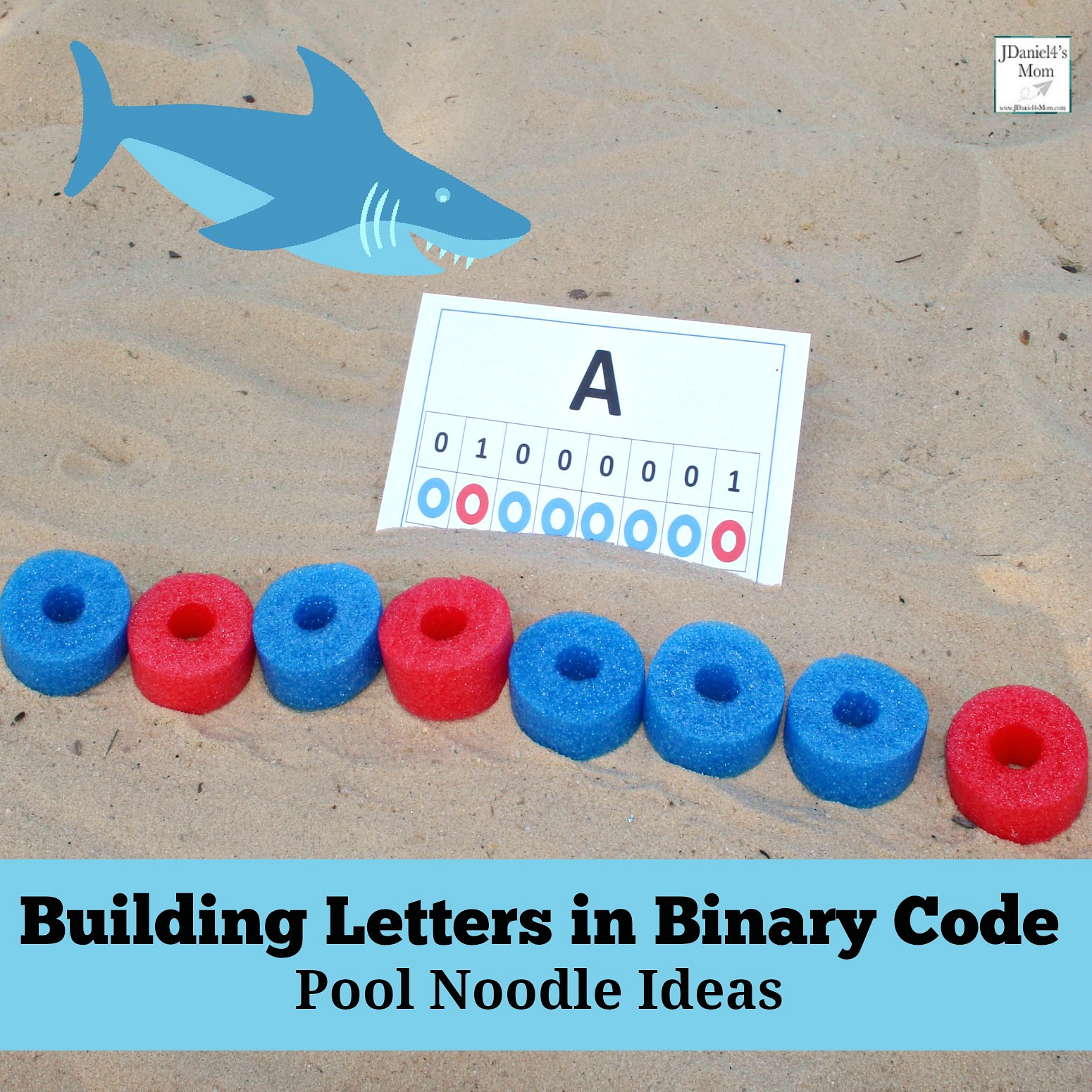 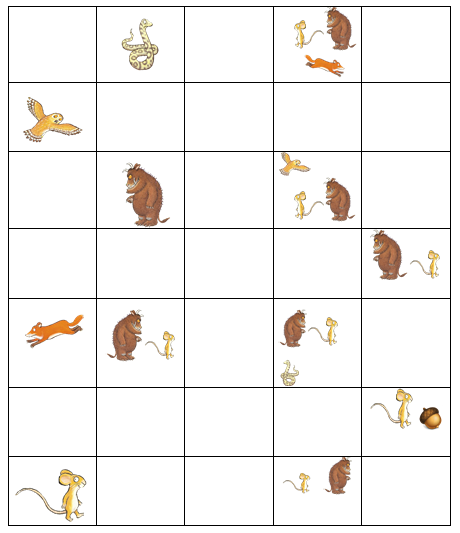 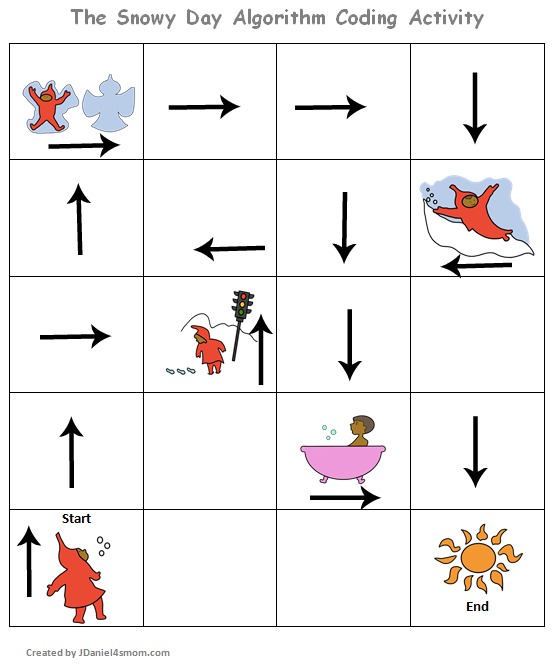 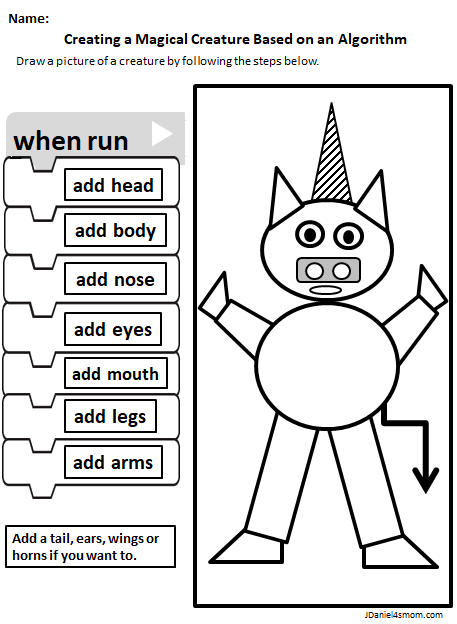 This is part of the Shark Worksheets for Kids (Five Days Worth) event. 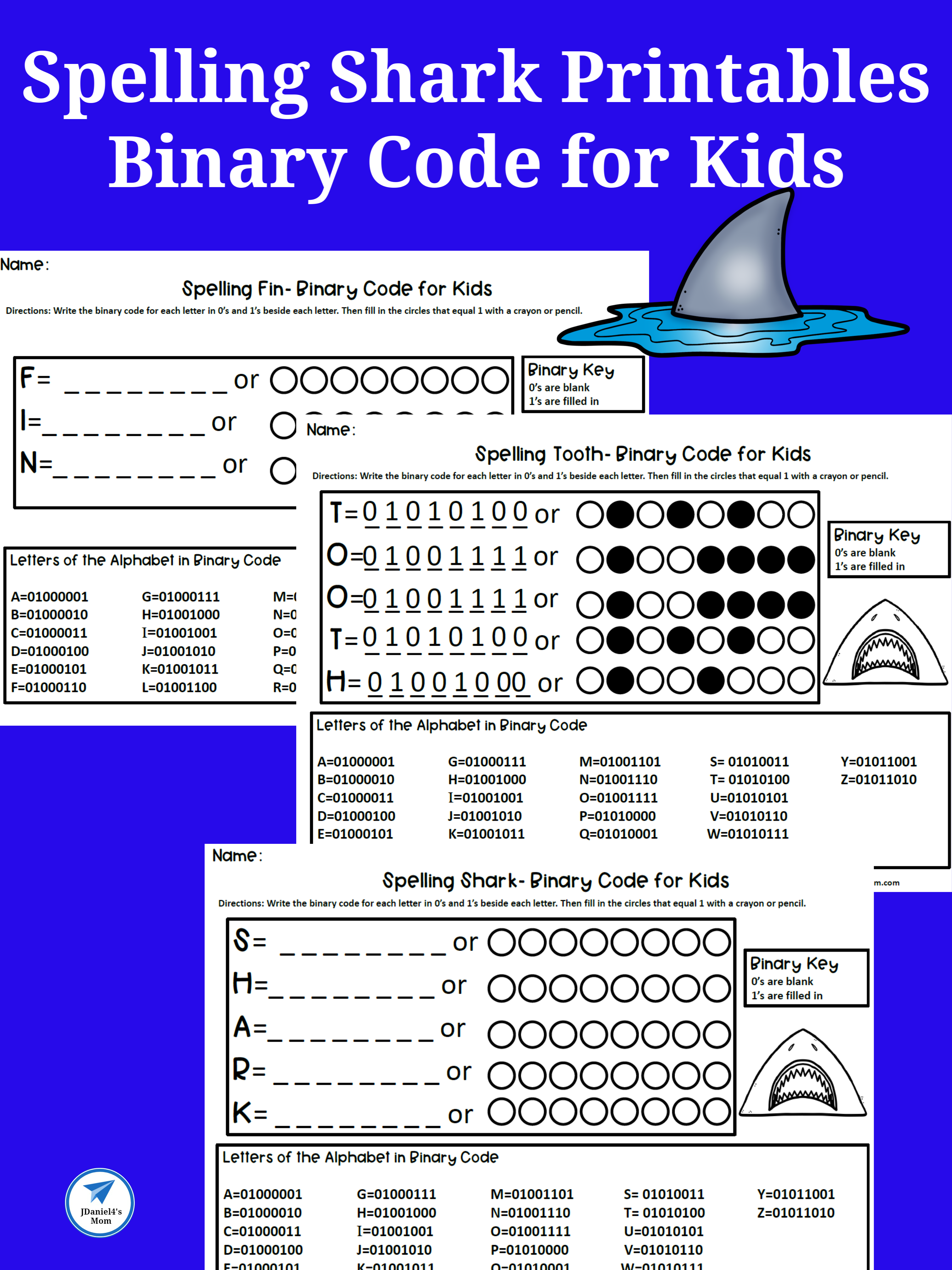